One should make the selection of Diesel generators based on the load they have to undertake. KW, KVA, or harmonic current, surge current also known as motor starting current and non-linear loads denote the electrical load of the generators.

Diesel generators play an important role as standby generators in hospitals, and water plants and they are also often used by travelers on their motorhomes. They provide power supply in an emergency during a power failure or support continuous power supply.

The Benefits of Using Diesel Generators Are:

The diesel generators lead to low running costs. The fuel efficiency is optimized for common usage leading to cost-cutting. They are made the most fuel-efficient.

Varied Use of Diesel Generators in Different Sectors:

Railways, Defense, and the Telecom Industry use a diesel generator set. It is installed at supermarkets, skyscrapers, big offices, complexes, campsites, petrol pumps, hospitals, and construction sites. Diesel generators are preferred for the smooth and uninterrupted power supply.

In the US and UK, diesel generators are used extensively as an Emergency Standby to support the national grid whose peak load is about 60GW. During a sudden loss of a large conventional MW plant or a sudden power demand eroding the normal spinning reserve, these standby diesel generators are used. Grid paralleling is done conveniently. While diesel is expensive in terms of fuel, they are used only a few hundred hours per year in this duty.

Diesel generator set or genset as they are popularly referred to as a packaged combination of diesel engine and various other devices. They comprise the base, canopy, circuit breakers, water heaters, sound attenuation, and control system.

The generator set sizes vary from 8 to 30 KW single phases for homes and small shops or places. Large office complexes or factories are manufactured from 11KVA up to 2000KW, in three phases.

A 2000KW set is so energy efficient that it can operate as a standalone power station or as a standby backup to grid stations. Such genets are housed in a 40ft ISO container with a fuel tank, power control, and distribution equipment and all other equipment needs to work independently as a power backup.

Hope you like the above-mentioned important role and understand all the things about diesel generators. 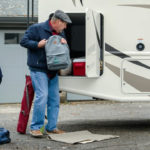 Motorhome Leveling Jacks – What You Need To Know 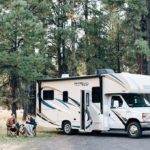 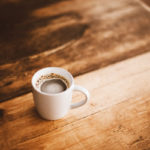 Everything You Need to Know About RV Tables 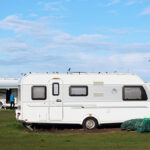